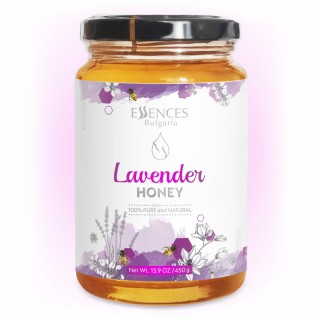 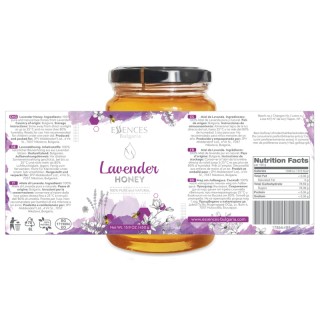 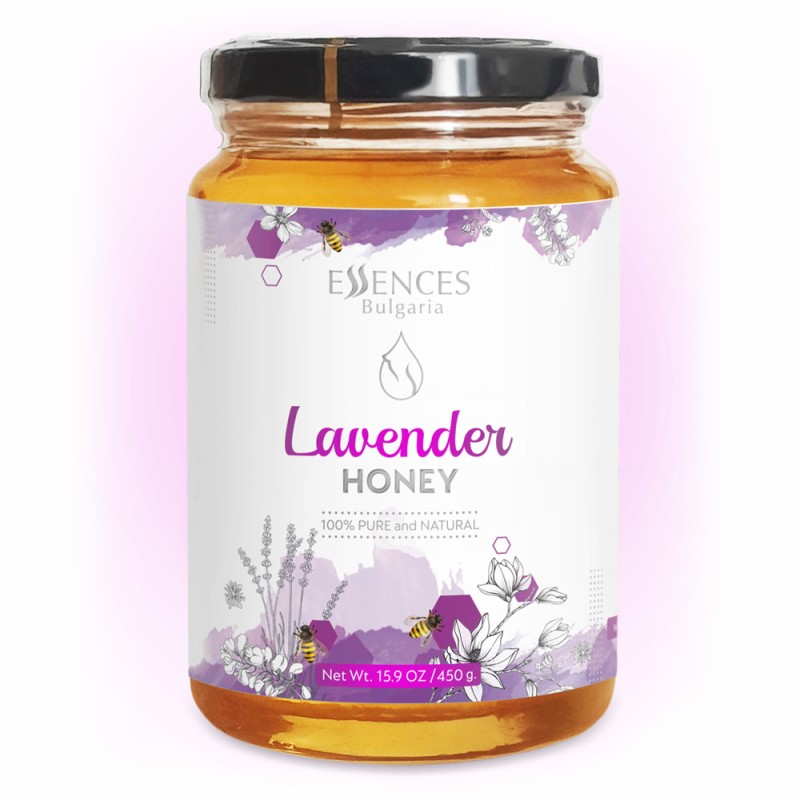 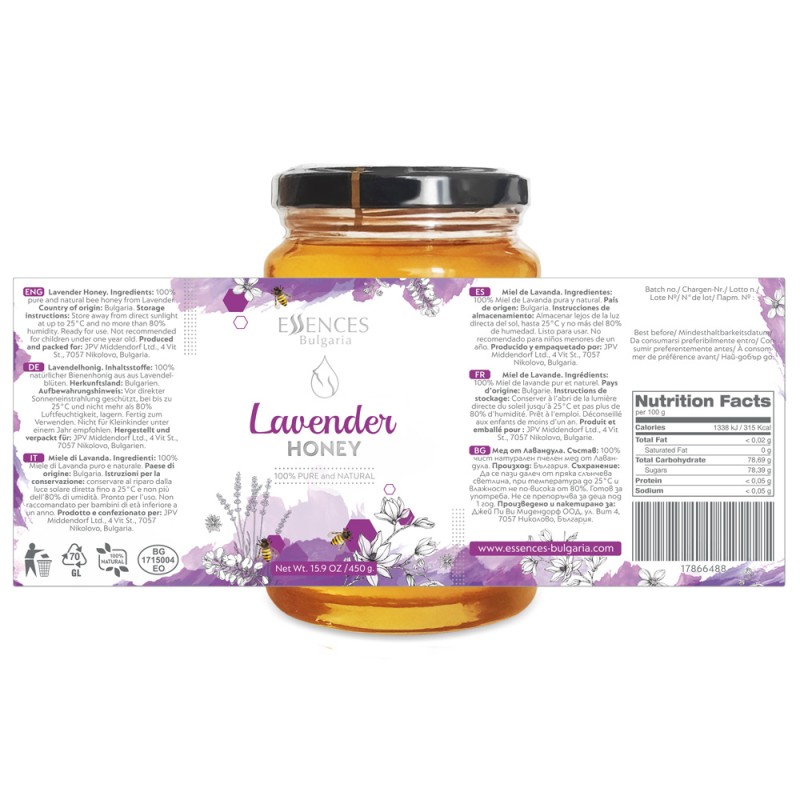 1
The product is available

Lavender is one of the most nectar and pollen-rich plants and therefore offers plenty of food for bees. As a food source for bees, lavender delights with abundant flowers in the months of June to August.

Its color spectrum varies characteristically from very light to straw yellow and has a fine, creamy consistency. Because of its creaminess, its unique taste and, last but not least, its beguiling scent, lavender honey is also known by enthusiasts as the “king of honey” .

Lavender honey has a variety of important ingredients, like minerals and trace elements, amino acids, enzymes and vitamins (vitamins C, B2, B6).

Lavender honey has a calming effect and a relaxing effect on the nerves and therefore also helps wonderfully against sleep disorders. The amino acid tryptophan contained in lavender honey promotes the formation of serotonin in the brain particularly well. An increased production of serotonin can make you happy, promote deep sleep, lift your mood and stimulate memory.

Real lavender honey is beneficial and relieves the symptoms of sore throats and bronchial ailments. It has also proven itself over centuries as a home remedy for complaints such as cold symptoms.

In addition, the high-quality lavender honey has an analgesic and antispasmodic effect when used internally. Lavender honey also helps with menstrual cramps.

Essences Bulgaria´s lavender honey is completely natural and comes from the extensive lavender fields of Bulgaria. Our lavender honey is produced with a lot of love, handwork and great commitment to nature in order to preserve the best possible consistency, the special taste and the healthy ingredients in the glasses.