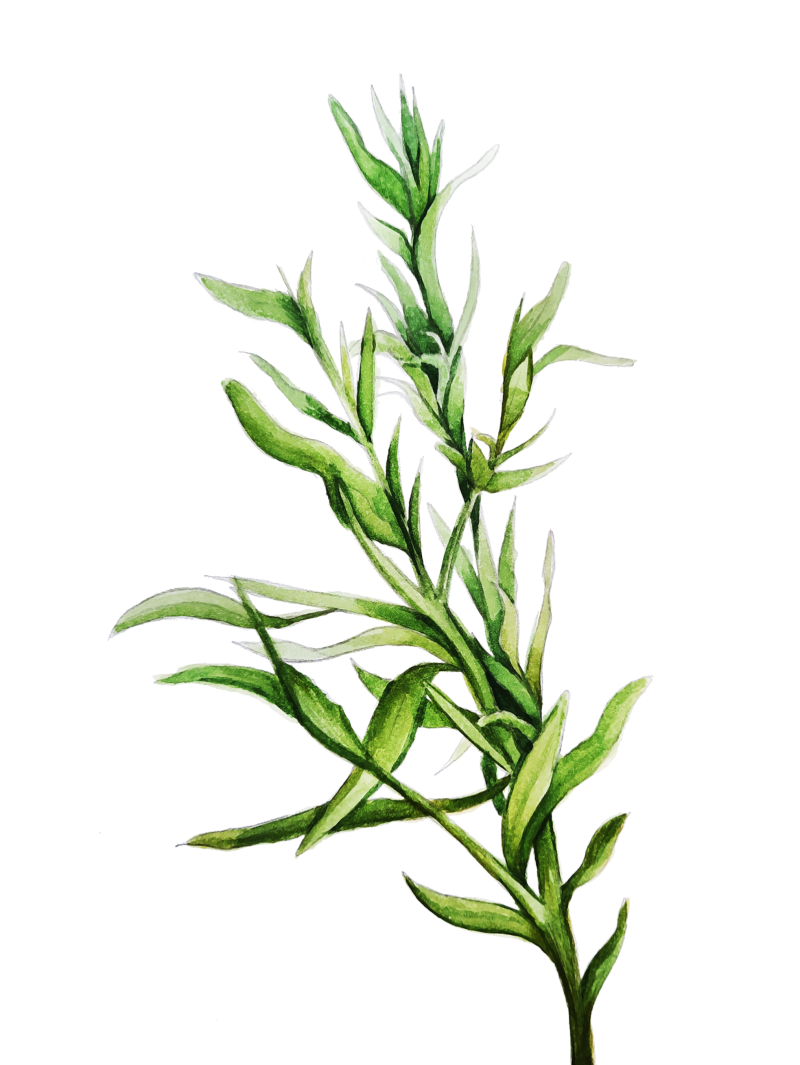 Tarragon (Artemisia dracunculus) is one of the most famous spices and a popular medicinal plant, especially in Tibetan and Arabic medicine. The perennial herb is believed to have come from Central Asia and was then brought to the Mediterranean by the Arabs. Today, tarragon is mainly grown in Europe, the Middle East, India, and North America.

The delicate grassy taste of tarragon has a slightly bitter aftertaste and is somewhat reminiscent of anise. The name tarragon is French and comes from the Greek word for dragon or snake "Dracunculus" - the other name for tarragon is "dragon herb". This stems from the old widespread superstition that tarragon can keep these dangerous creatures away and cure snake bites. The twisted, spiral-shaped roots of the tarragon plant have also been associated with dragons.

In ancient Greece, people chewed tarragon leaves to get rid of toothache. They have a calming effect due to the high proportion of eugenol. The essential oil is an antiseptic with anesthetic properties. The plant also significantly reduces gum inflammation and bad breath.

They owe the valuable properties of this aromatic perennial to the large amounts of essential oils, carotene and coumarin contained in the leaves. Fresh tarragon contains vitamins A, B1, B2, C as well as minerals such as potassium, magnesium, iron and phosphorus as well as tannins and resins.

Tarragon leaves stimulate the appetite and are a wonderful decoration for every dish. Regulate the bitterness that some drugs leave and normalize the acidity of gastric juice.

Tarragon is good for the health of the female reproductive system due to its ability to regulate the menstrual cycle and ovulation and is also used as a remedy for infertility.

In folk medicine, they are used as a diuretic. Tarragon contains various substances that have a beneficial effect on the cardiovascular system and prevent the build-up of plaque on the walls of blood vessels.

The inimitable herb with notes of anise and a subtle citrus aroma is a particularly well-known spice in European cuisine, which is particularly present in Mediterranean and French cuisine. Many French dishes are unthinkable without tarragon, such as the legendary Bearnaise sauce or the “fine erb” herb mixture. 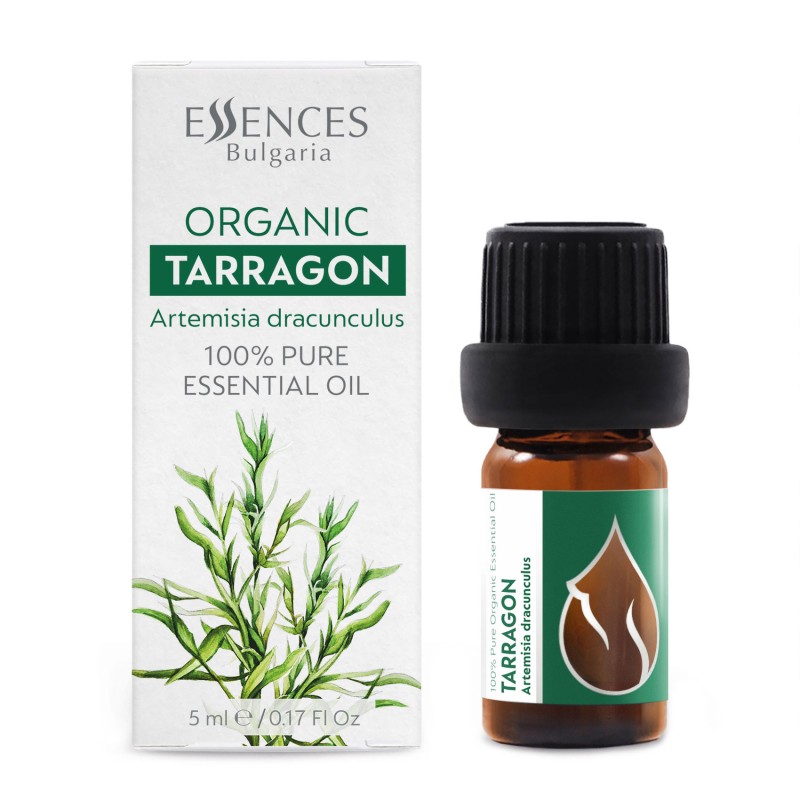